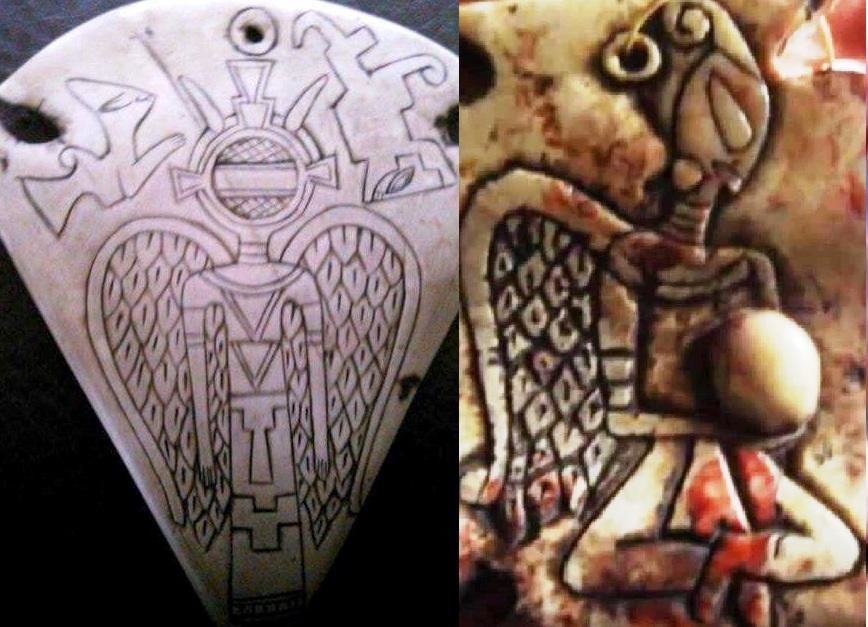 “Space aliens” are depicted with “wings” on many of the artifacts of El Toro “Aztlán”. 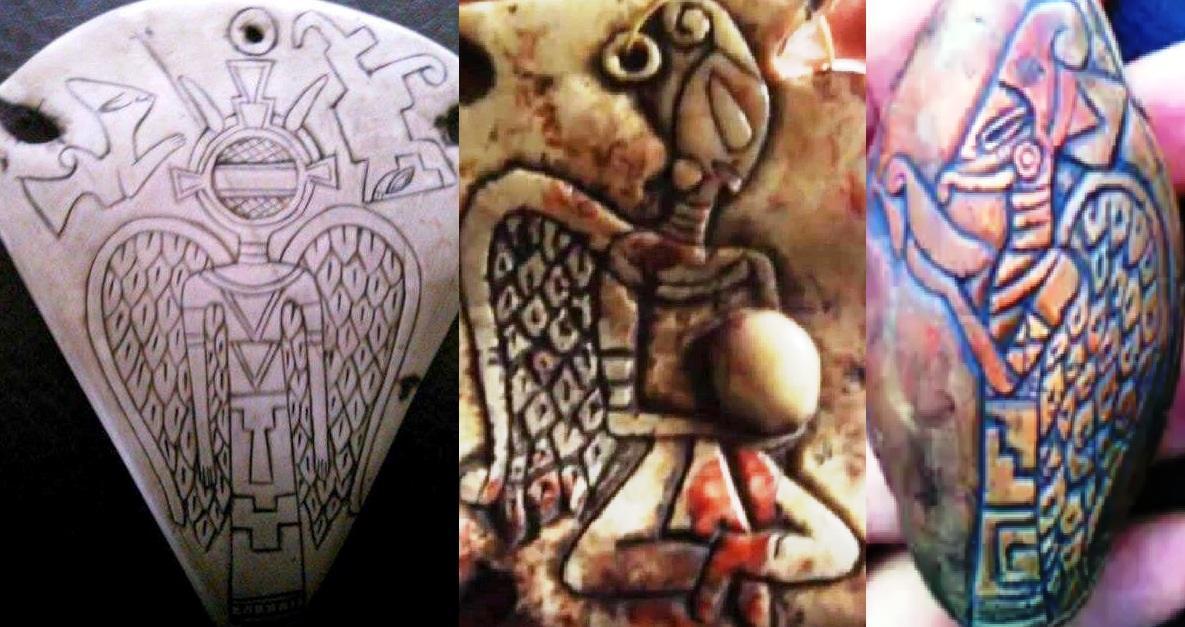 Analysis of these images lets to select some features:

1. “Wings” on the artifacts are depicted in three positions: open, half-open and folded behind the back in the “backpack”.

2. Almost all “wings” have a common design: the wing is attached on the back to the complex helmet; the wing consists of a powerful arc in the shape of a lyre with diamond-shaped plates attached to it.

3. It can be assumed that the wing’s device is telescopic, that is foldable as the separate images show that the arc of the wing consists of individual segments. 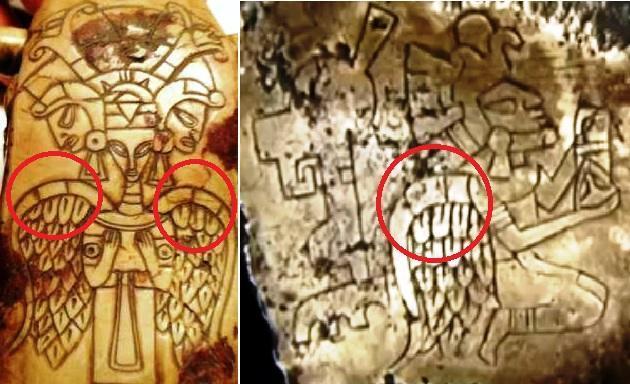 4. Judging by the images, we can assume that the “wings” were used for moving in the atmosphere and in outer space.

Conclusion. Thus, in our opinion, “wings” on the artifacts of El Toro are the part of the technical device, the individual aircraft that fundamentally distinguishes it from the images of the bird-like wings of the gods of Mesopotamia. 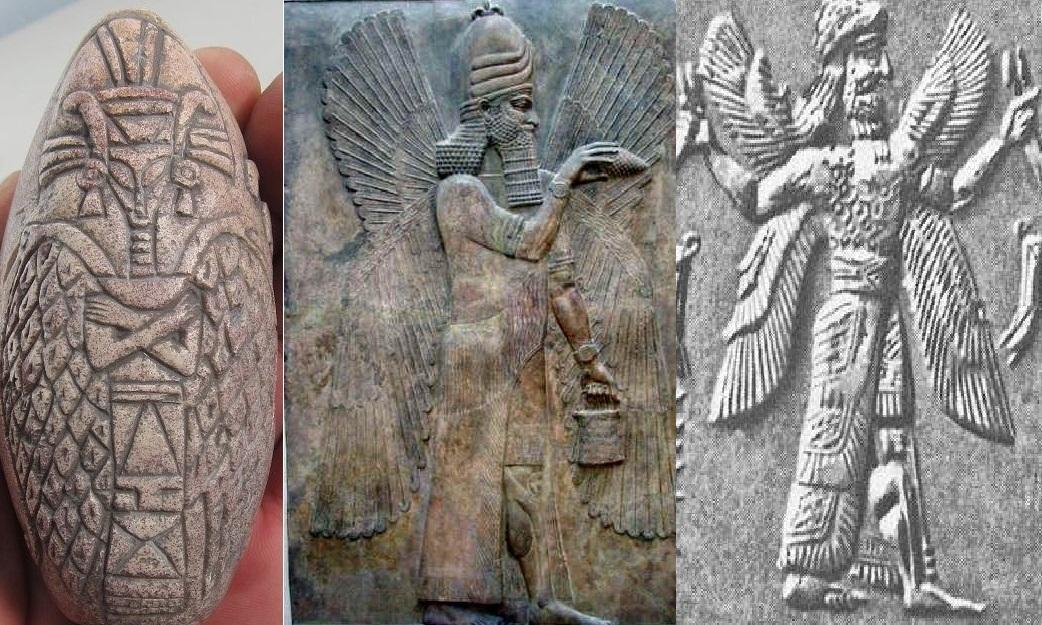 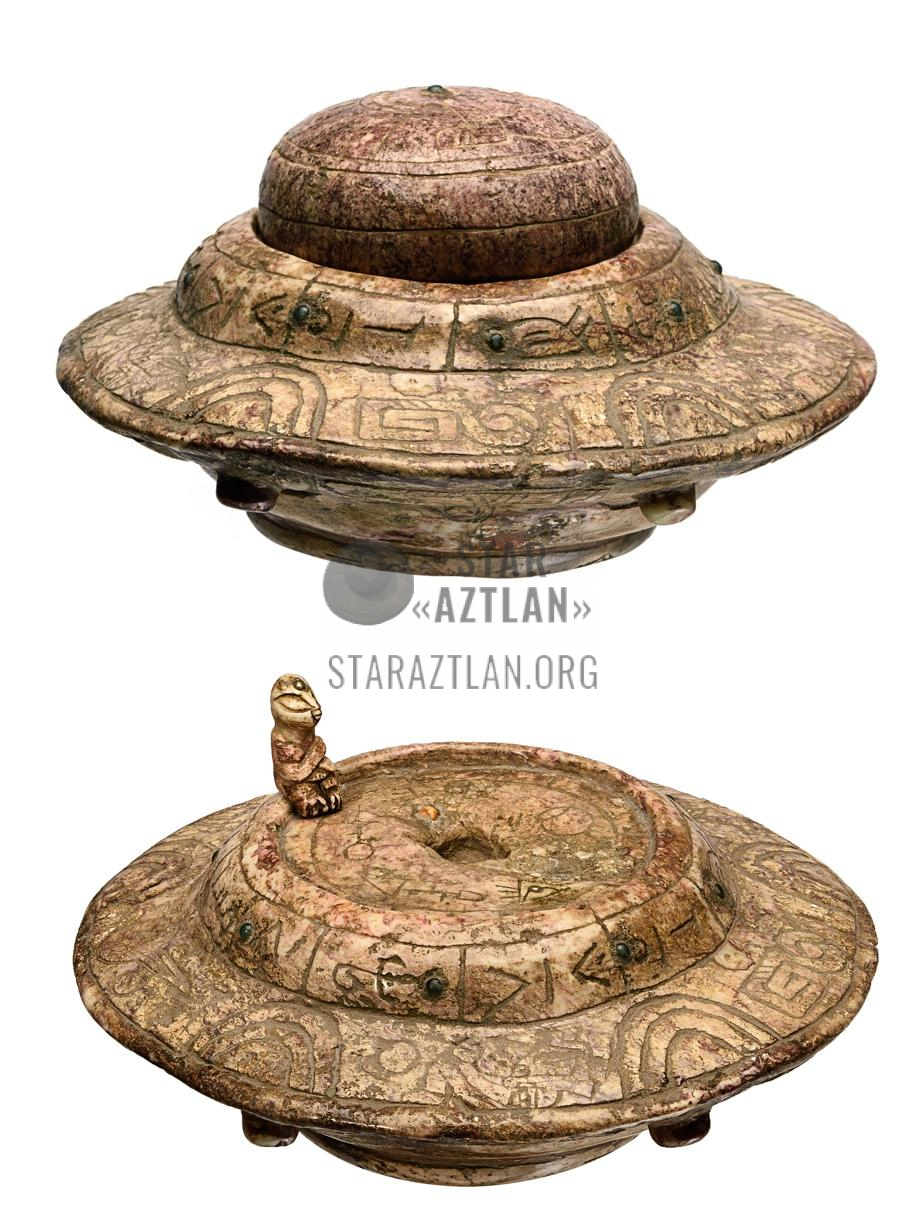 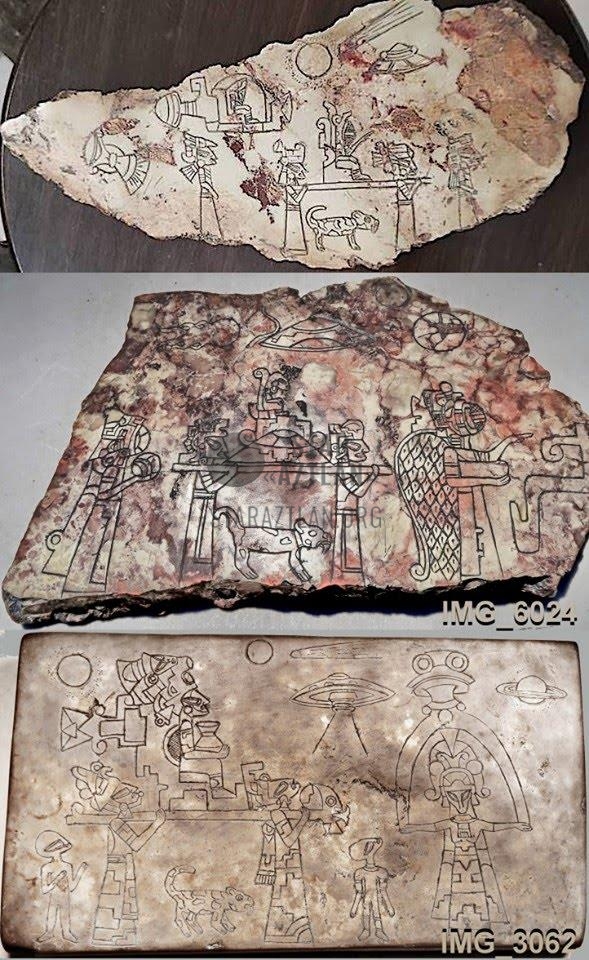 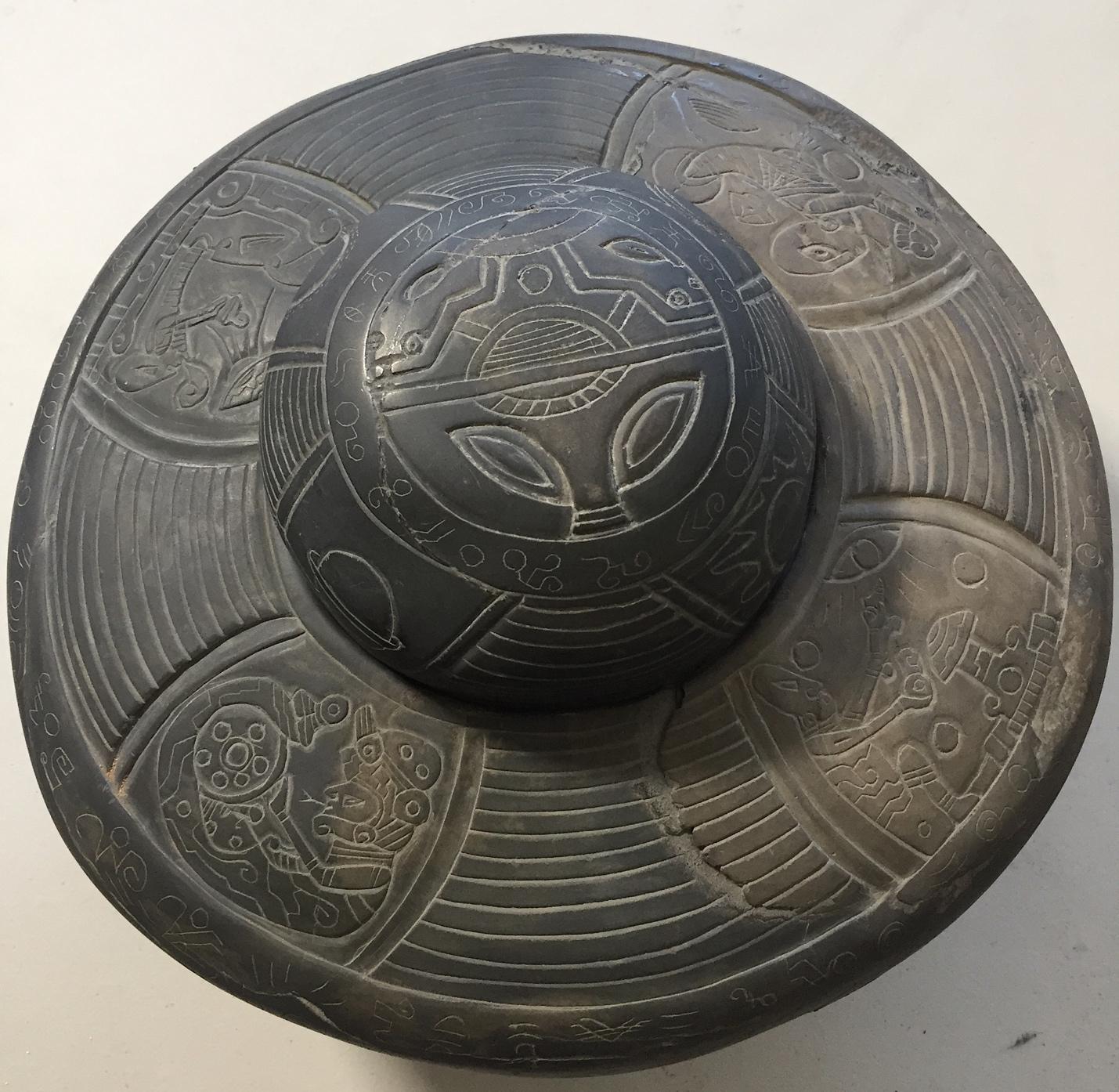