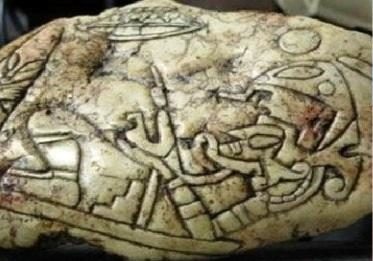 Analysis of poses of the “aliens” on the artifacts of El Toro “Aztlán”, shows that it is possible to distinguish some common types:

1. The famous reclining pose – “Chuck-Mool”. This is probably the most comfortable body position for space flights. 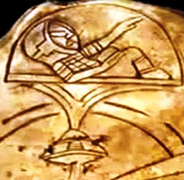 2. Sitting pose, with pulled up knees. This position also could be used for flying on aircraft. 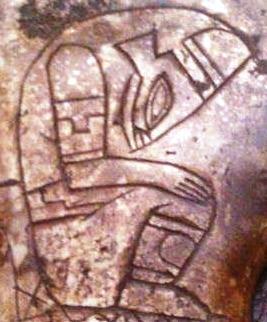 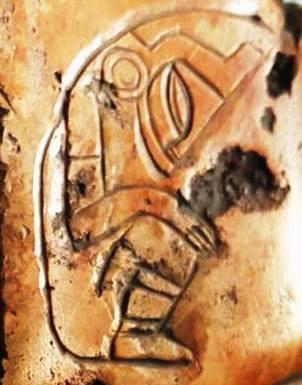 Another variant of this pose – with upturned face up, often with raised arms holding a child. 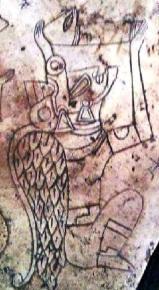 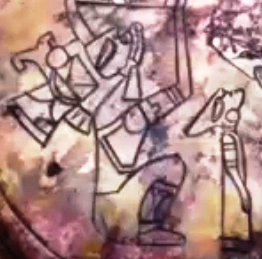 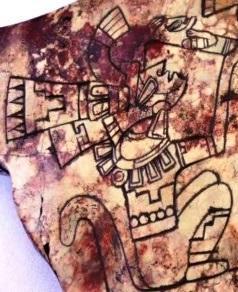 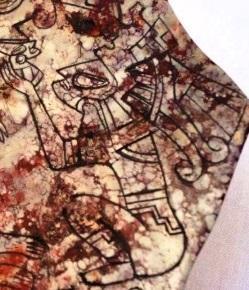 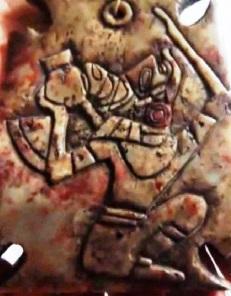 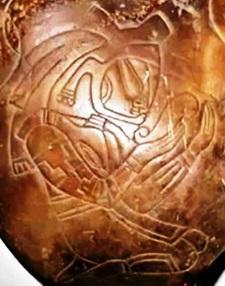 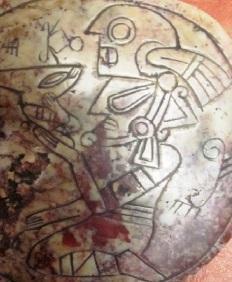 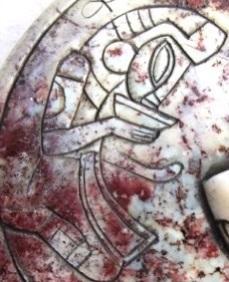 5. The most common pose on the artifacts of El Toro – standing in profile with upturned up face, often with raised arms holding a child. 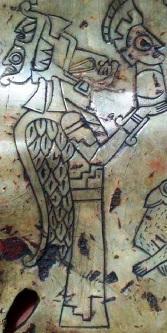 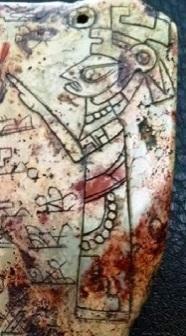 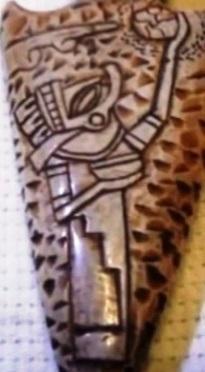 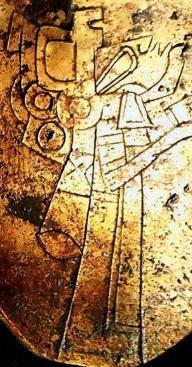 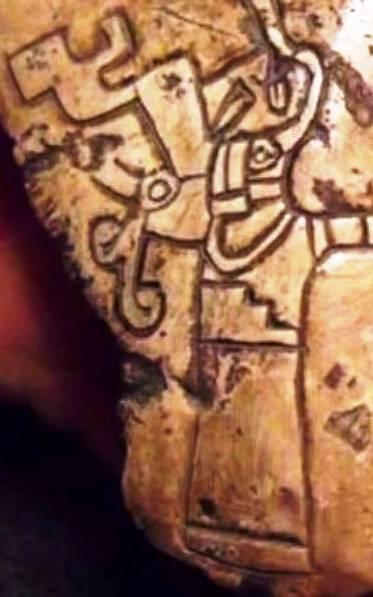 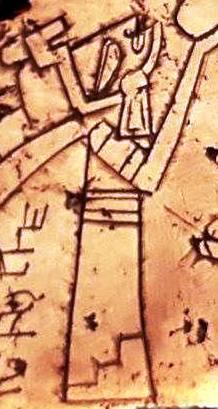 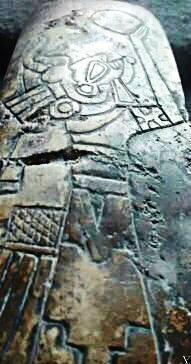 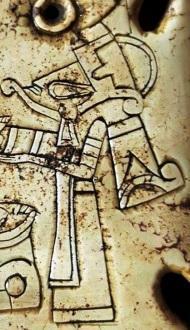 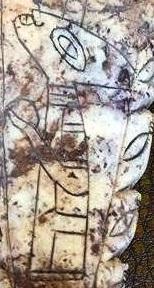 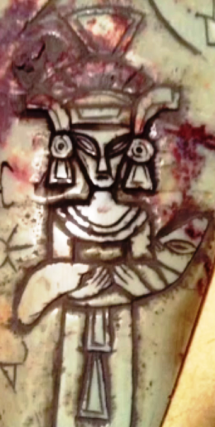 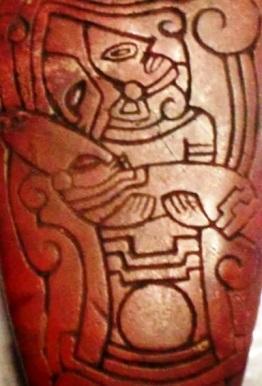 1. Coveralls and short boots. Obviously, this “working” clothing was used during space flights.

2. Long, floor-length dress with a wide belt. Dress is often accompanied by a simple geometric pattern. Judging by the images, both sexes wore this type of clothing. 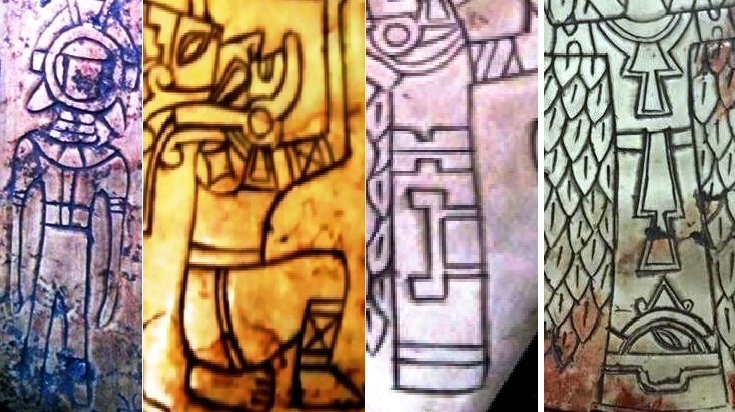 Thus, we can conclude that despite the impressive number and variety of the artifacts of El Toro “Aztlán” their images are characterized by a relatively small number of model images, the combination of which forms a visual image of the artifact. Presence of a certain iconography allows suggesting that its deeper meaningful sense which we’ll have to reveal is hidden under the external visual imagery.

As in the previous articles, we deliberately omit the question of authenticity of the artifacts of El Toro. 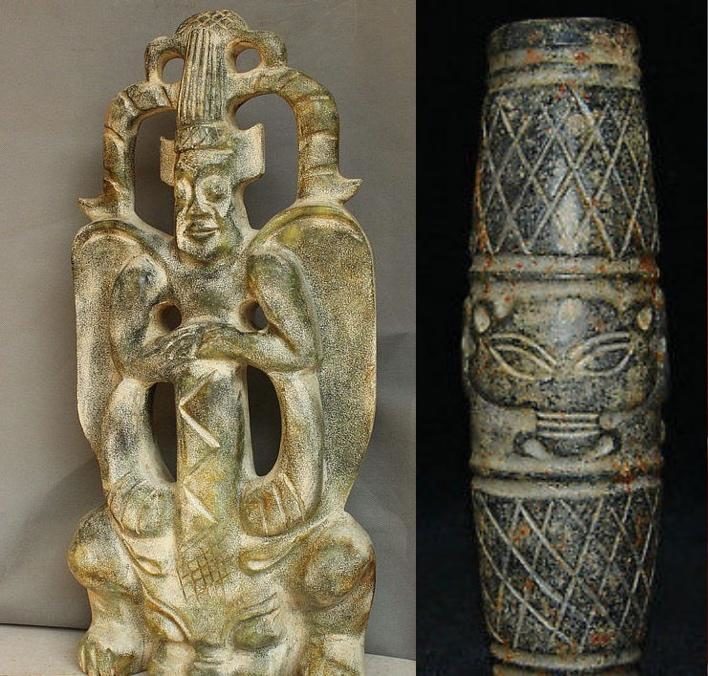 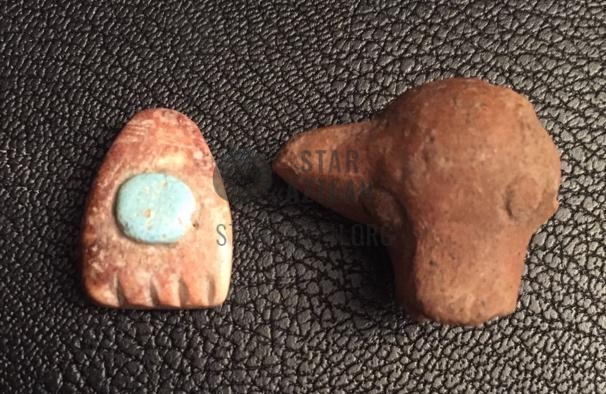 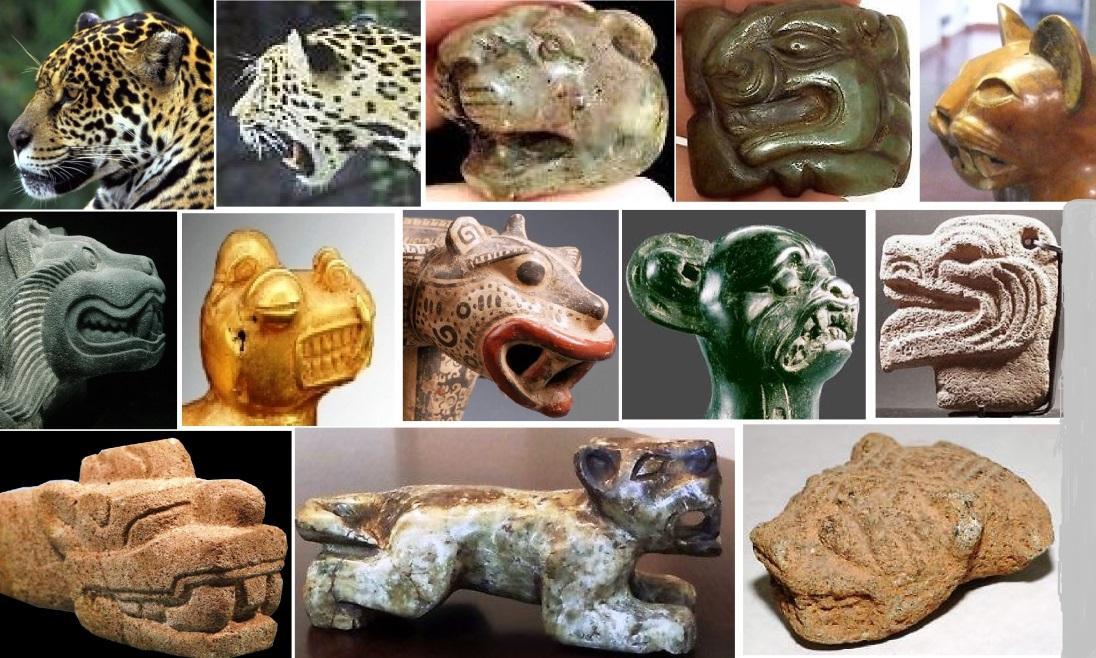